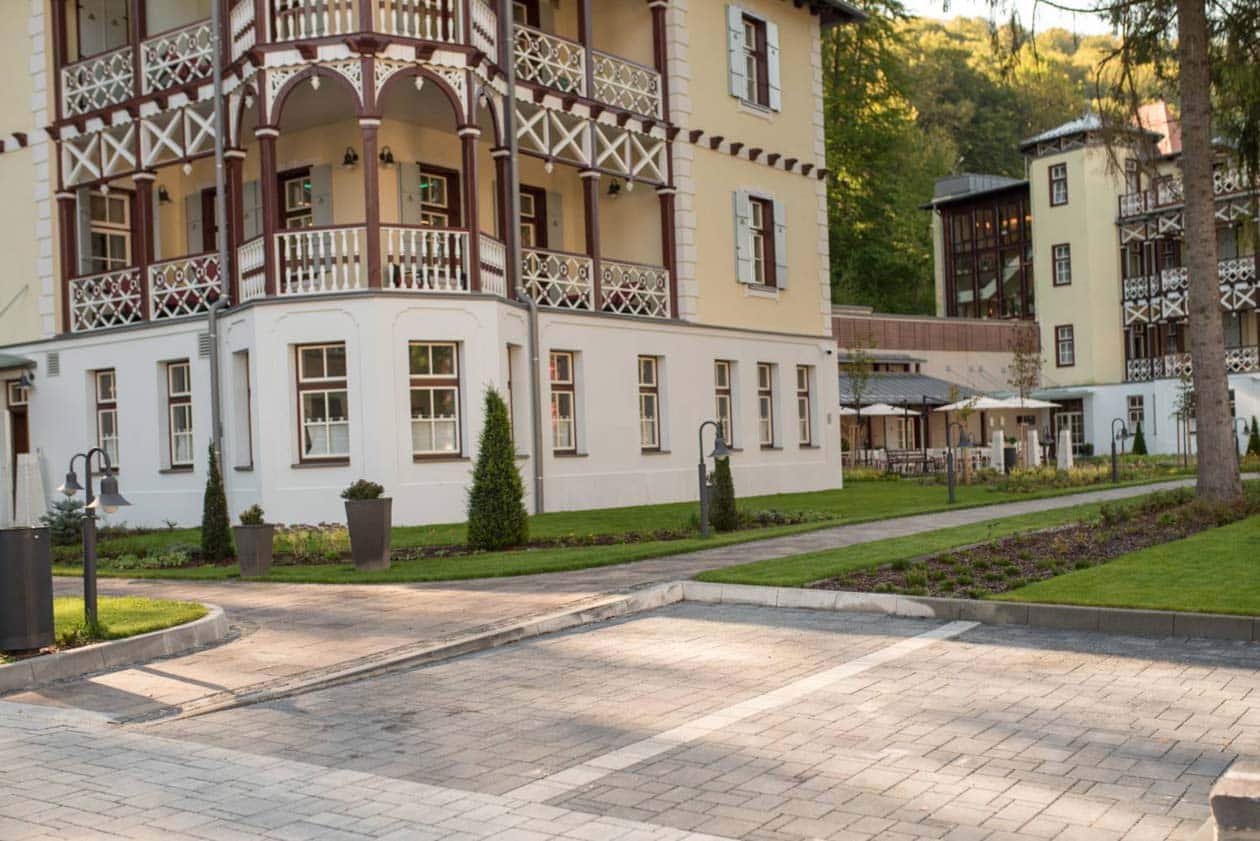 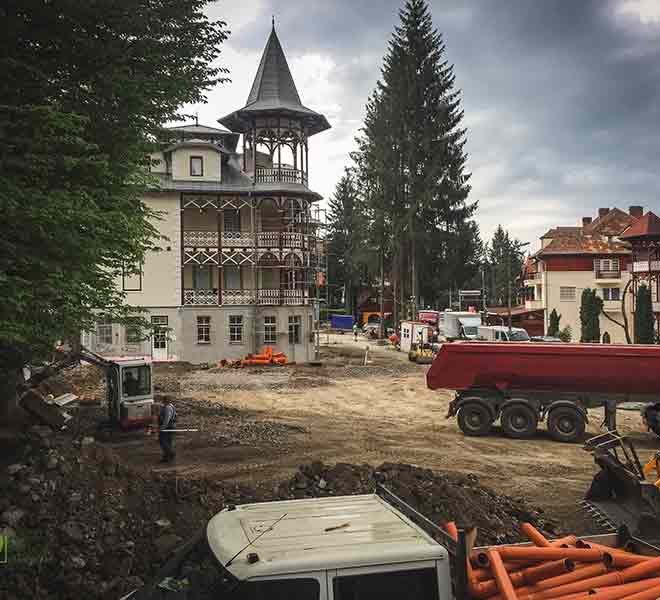 The location is the Pacsirta Hotel, found in the heart of Sovata town. Our task was the complete construction of the parking area and the whole garden that connects the two buildings. When we began landscaping the space looked like a construction site, unfenced, only cut-down trees and damaged pavement.

We started with general grading, which began with detailed tracing and geoworks. For a few weeks, our task was creating the terrain profile  and the foundations, and in spring we started to mount the parking pavement, to build the garden and the green spaces, their delimitation and the creation of a special permeable surface.

As we advanced the team expanded and at one point almost a hundred people were working together to finish the garden on time.

The plants arrived and were planted according to a well defined plan, and after the installation of the irrigation system the sod was laid. We have carefully tracked the garden's functionality even after finishing it, have supervised the plants and the garden’s atmosphere.

"Waiting for a miracle ... Once we met the young and dynamic team of EGT Landscape, the miracle entered our gate. Just as it sounds. They transformed our hilly, muddy backyard full of clay into a fairytale garden. Their professionalism was obvious at the very first meeting. After giving them a few information and pictures, flower preferences they made a plan that included everything, even what we would not have been able to express. During the arrangement works, they completed the tasks in teamwork, and their attention and effort have brought us a dream garden that neither children nor adults would really want to leave. Their professionalism was obvious not only during the works but also during maintenance works. It is a team of experts with outstanding results. Thank you! " 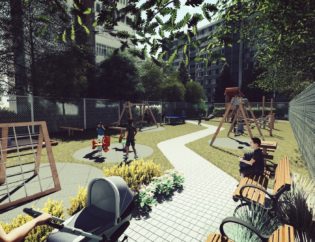 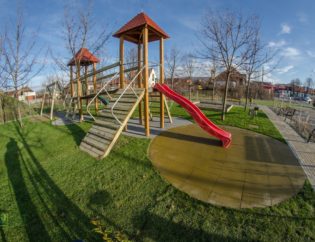 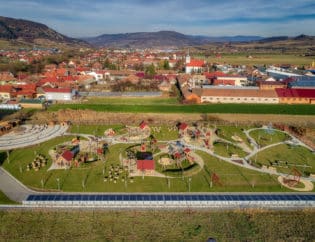 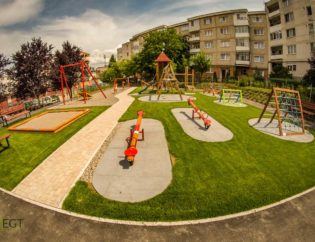